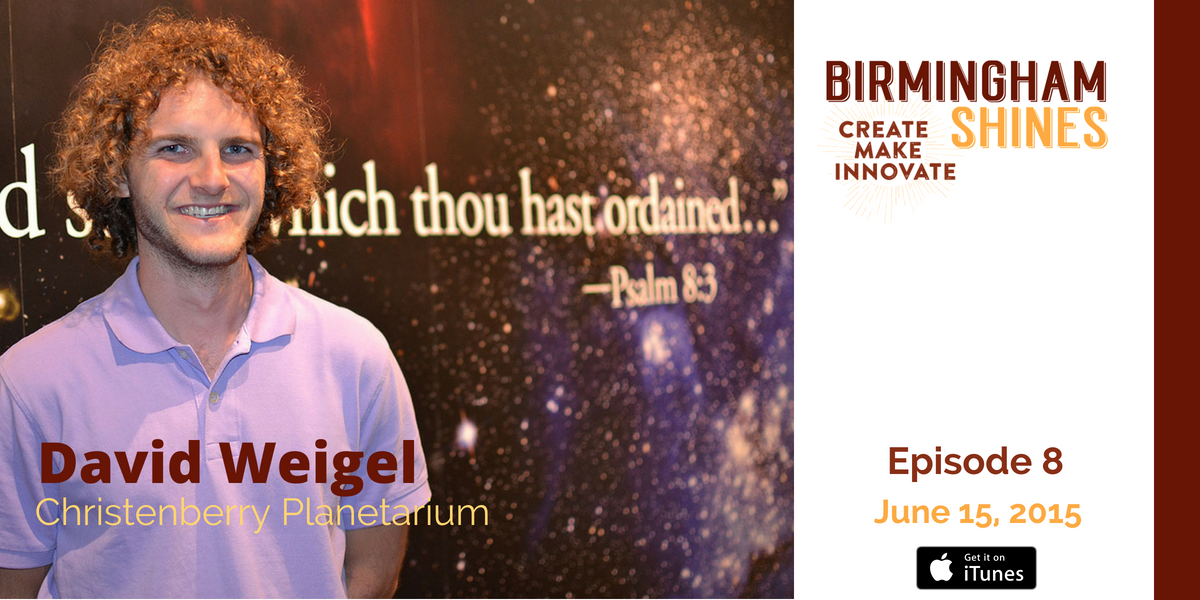 This is a bonus episode of Birmingham Shines, featuring David Weigel, a young educator and explorer who moved to Birmingham in 2014 to become the director of Christenberry Planetarium at Samford University.

David shares a bit about his love for space exploration what he likes about Birmingham (the outdoors and the city’s amenities), and some of the topics that will be covered during the Alabama Summer Skies program at Christenberry Planetarium this summer.

The free planetarium shows are interactive and open to the public, with seating available on a first-come, first-served basis. The first show is set for June 16, 2015 and that’s why I wanted to release this episode as a bonus, while still adhering to my regular Thursday publication schedule.

In addition to astronomy 101, the shows include updates on current NASA missions like New Horizons and Dawn, and the European Space Agency Rosetta mission to the Comet 67P/Churyumov-Gerasimenko.

David talks about these missions in this episode of Birmingham Shines, as well as what you can see in the Alabama night sky this summer even if you can’t make it to one of the shows at Christenberry Planetarium.

For details about the Alabama Summer Skies shows visit the Christenberry Planetarium Facebook page. You’ll find a link to the page and the complete show notes at https://birminghamshines.com.

The regular episode of Birmingham Shines will be published, as scheduled, early Thursday morning.