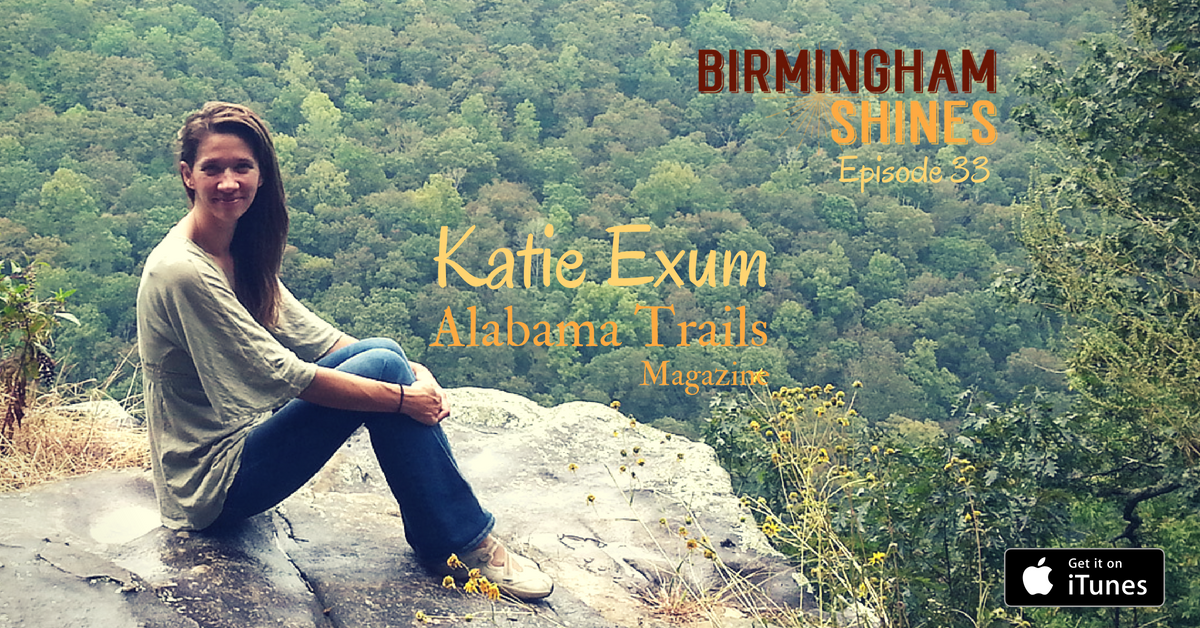 Katie Exum, publisher and editor of Alabama Trails magazine is the guest on episode 33 of Birmingham Shines.

Rotary Trail in downtown Birmingham is the next trail set to open in Birmingham. Rotary Trail is part of a much larger trail system under development in the Magic City and surrounding areas.

I wanted to have Katie on the show because she and her husband have created a relatively new magazine that focuses on outdoor recreation opportunities all across Alabama, including those here in the greater Birmingham area. I think it’s a great resource for anyone who wants to learn more about what to see and do all across Alabama, including right here in Birmingham.

If you’re a regular listener to Birmingham Shines, you might remember that Deon Gordon said he marks the turning point in Birmingham’s renaissance with the creation of Railroad Park. Others on the show have echoed that sentiment. Teresa Thorne, executive director of City Action Partnership, known as CAPS downtown, is one of those individuals. Another guest, David Weigel singled out the city parks and outdoor recreation opportunities surrounding the greater Birmingham area as one of the reasons Birmingham Shines. Scot Duncan, a professor at Birmingham Southern College talked about Alabama’s amazing biodiversity and why it matters for our city, region and state.